Executive Board and Committee Members

You are here: Home1 / Executive Board and Committee Members 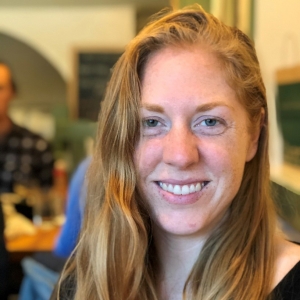 Stephanie is an active WMCC member from Worcester, and Farley is her home crag. She enjoys sport climbing and exploring crags in Western MA. Stephanie was elected by the board as the President of the WMCC in June of 2021. She is also the Membership Coordinator and coordinates social media and marketing for the WMCC. She writes grants, organizes board meetings and board retreats, as well as other fundraising projects and membership events. She works with college students as an accessibility specialist at Worcester State University and loves spending time with her partner, Rob, and kitty, Casey. 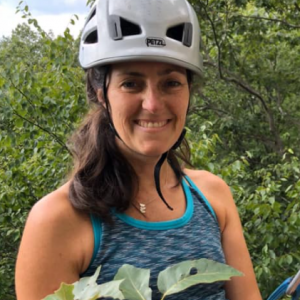 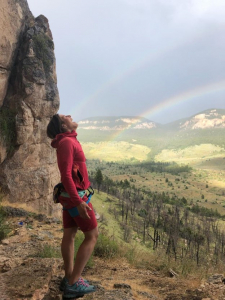 Sara started climbing at the various crags of Western Massachusetts in 2013 and has been a member of the WMCC for most of that time. During the last few years she’s been van living, traveling, and climbing at many amazing places across the country. Western Mass and the wonderful climbing community here has always felt like home in her heart and seems to constantly pull her back. Sara chairs the JDEI committee.

Danielle has been a member of the WMCC for 15 years and a board member for the last five. She first started volunteering for the WMCC at the Winter Thaw, which is now known as the Rendezvous. When it came time to purchase the Farley parking lot, Danielle started the WMCC’s most popular fundraiser, the Silent Auction, now in its 13th year. This event alone has raised over $85,000 for the WMCC!

Danielle is an AMGA certified climbing wall instructor, a climbing instructor at Smith College, a property manager, and a small business owner. She prefers steep sport climbs, and loves to climb at the Red River Gorge. When she’s not climbing, she’s usually reading in a sunny spot, gardening, or doing yoga. 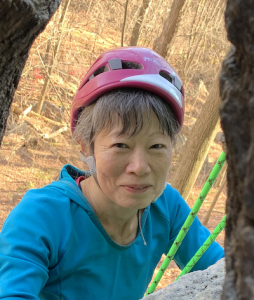 Pamela moved to western Mass in 2016 and immediately joined the WMCC and the local gym, where she was introduced to this area’s wealth of climbing areas by a welcoming community. She serves on WMCC’s JDEI committee, learning about the challenges facing others in the climbing community, bringing their voices into the conversation, and learning ways we can make our climbing spaces more welcoming to all, including BIPOC, non-binary, and adaptive climbers. She started climbing at Hanging Mountain in 2018 and has spent many hours hanging from a rope cleaning walls, working with other members and helping to organize volunteers to build belay platforms, trails, and stairs, preparing it for the greater community to enjoy. She is a professional sculptor who lives and works in Easthampton, MA. 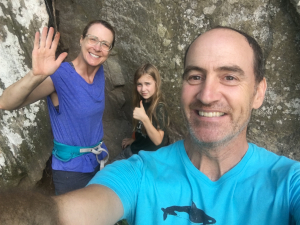 Rob began climbing in 1990 during his junior year at UConn, cutting his teeth on that state’s terrifying trap-rock, and later, on the magical stone of the Shawangunks. Rob moved to Southern California – just northeast of Joshua Tree – and spent four years climbing all over the American Southwest.

Rob joined the WMCC soon after moving to Western Mass in 2001. Here, he worked closely with the founding members of the WMCC to re-open Farley and bring a certain bolt-chopper to justice. Rob serves on the Joint Stewardship Committee, which manages Hanging Mountain. 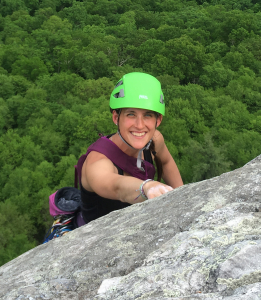 Sam was first introduced to climbing working as an outdoor educator in Maine seven years ago. She quickly moved from learning to belay on the ropes course to taking advantage of every opportunity she could to climb outside and learn from anyone who was willing to teach her. Sam wanted to share the joy that climbing brought her and took a Single Pitch Instructor course in 2018 and later earned her SPI certification in 2019. She took campers climbing in the summer, worked with school groups in Acadia and led a women’s only climbing clinic in Camden before relocating to the Western Mass area.

Sam became an ambassador for the Ladies Climbing Coalition, an all volunteer run organization, in December 2018. She strongly believes that the best part about climbing is the community that it can create. She sees climbing as a selfless sport because of the interdependence it requires and loves looking for opportunities to pay it forward, continue to learn and grow, and give back to the community. Outside of climbing, Sam works for High 5 Adventure Learning Center, an educational non-profit organization in Brattleboro, VT. 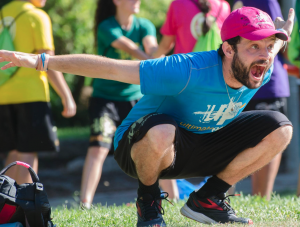 Josh is a Valley native who grew up in the hill town of Leverett and now lives in Easthampton where he spends his days teaching HS math, meandering around with his Golden Retrievers, and continually plotting rockwall-based journeys with his partner Laura. He picked up climbing 5 years ago and considers CRG Hadley along with Farley and Rumney to be his homes away from home. He is now WMCC’s newly appointed Volunteer Coordinator and looks forward to bringing his years of program management experience to the position.

Josh has been teaching for 20 years and has over a decade of experience managing sport nonprofits at the local, regional, national, and international levels. He has chaired boards as well as held positions ranging from secretary to treasurer, and been an active member of Diversity, Equity, Inclusion and Belonging initiatives and Judicial Committees. Outside of climbing Josh enjoys leading international trips, participating in triathlons, folding origami, and having cookouts with his friends. 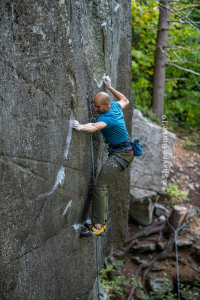 Andy Neuman has lived in Western mass for 10+ years and climbed extensively throughout our local crags as well as many other areas across the US and abroad.

Andy believes strongly in the obligation to give back to our community in order to ensure a safe and secure climbing environment.  He has been actively involved in Anchor/Bolt Replacement, Route Development, Trail Work, and Landowner Relationships. Andy also spearheaded the Farley Parking Lot project, spending many hours onsite organizing volunteers, removing trees, and coordinating many moving parts to this project. 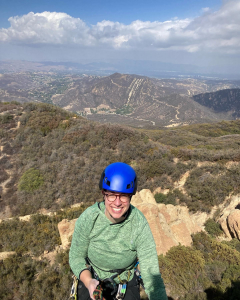 Eliana grew up outside of Boston and first began climbing at Boston Rock Gym and Hammond Pond as a teenager.  They returned to Massachusetts in 2014 and quickly found community in climbing.  Eliana is an AMGA climbing wall instructor and the co-president of the CRG Adaptive Climbing program.  Eliana has served on the WMCC JDEI committee since 2021.  Outside of climbing, Eliana works as a Salesforce administrator for Jewish Family & Children’s Service.  They live in Watertown with their partner Ben, dog Otto, and turtle Newman.

The WMCC holds elections every fall. If you are interested in becoming a board member, make sure that you are a current WMCC member. You can nominate yourself or someone you know to run for an open seat.

Board members are responsible for attending a monthly board meeting, regularly checking and responding to emails, serving on committees, and participating in fundraising.

The WMCC JDEI committee was created in an effort to address how outdoor spaces have been guarded for majority populations. While the recent killing of George Floyd spurred the creation of this committee, we recognize that many ISMs are alive and well in the outdoor community. Our goal is to address this concern and create more inclusive, equitable, and welcoming outdoor spaces for those in marginalized communities.