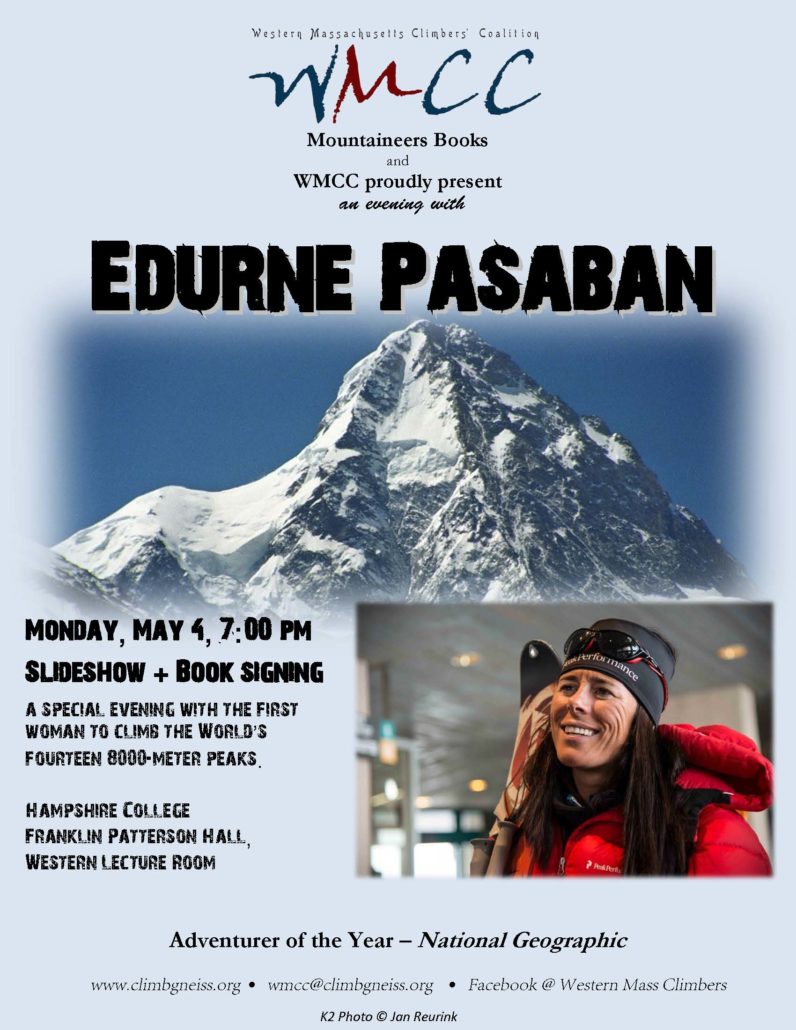 The WMCC and Mountaineering Books proudly present: a special evening with Edurne Pasaban, the first woman to climb the world’s fourteen 8,000m peaks!

From the Mountaineers Books website:
“Pasaban is one of the best high-altitude climbers in the world today.

On May 17, 2010, a 37-year-old Spaniard named Edurne Pasaban became the first woman to climb all fourteen peaks higher than 8,000 meters. This record-breaking accomplishment put the Basque woman on National Geographic’s 2010 “Adventurers of the Year” list. The next year, both The Alpinist and Outside magazines placed her on their “Adventurers of the Year” lists, too.

Published for the first time in English, Tilting at Mountains tells Edurne’s heartfelt and deeply personal story. She details not only how she came to climb the 8,000-meter peaks——the competitive nature of her Basque heritage played a role, as did, admittedly, an interest in handsome climbing guides——but also how her love for the mountains pulled her from a deep, soul-crushing depression. The book covers her climbs on all the 8,000-meter peaks, some of which were almost cakewalks while others were climbed at great cost, including the loss of close friends.”

All proceeds from book sales go towards the WMCC